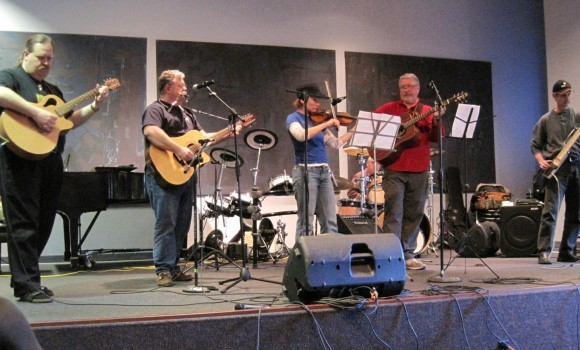 This band was originally formed from the ‘leftovers’ of a Make Music PDX session in the fall of 2010 and thrived on the variety of skills and musical interests among its members.  The band stayed together briefly after their debut, and a smaller version of the band played gigs in the Portland area for several years.  Two of the band’s members still play occasional sets as The Mango Brothers.