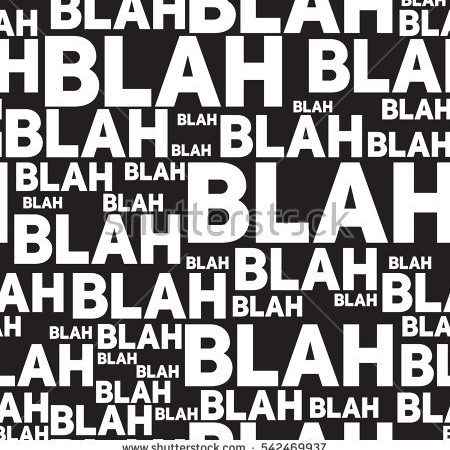 Stagecraft: Talking to the Audience

Bands spend a huge amount of time & effort on selecting their songs, doing the arrangements, and then rehearsing over and over until everything sounds great. And then they get up on stage and have no clue what to say to the audience or how to work with them, and suddenly that group of brilliant and polished musicians turns into a loosely-organized group of preschoolers doing their Tommy the Tooth pageant.

What you say and how you say it is the most powerful tool in connecting with your audience, and should never be taken lightly. Here are some tips to help make your patter as captivating as your music.

Why are you going to take time away from the music to talk? There are a lot of good reasons for this, here are some examples.

Don’t talk just for the sake of talking, have something to say. Remember that every moment of the audience’s attention is something they are giving to you, so don’t squander it by prattling on about nothing. Here are some possible topics to bring up.

Think about what you’re going to say ahead of time. Work it out and edit it. Once you have something that you like, read it aloud or have someone else read it aloud and listen to how it sounds. Do this as many times as it takes until you get something that sounds polished. For bonus points, record yourself on audio or (better) video.

Rehearse ALL of Your Act

You rehearse your music, don’t forget to rehearse your patter. Your music has timing and energy that you work in rehearsal, and so should your patter. As you get close to show day, you should be rehearsing your entire act just like you were doing it for real. That includes getting on & off stage, all your instrument changes, and all your patter, choreography, or whatever else you’re doing.

BE CAREFUL! If you memorize your patter word-for-word, it may come out stilted. Either practice it until the words you wrote are second-nature, or just get the basic concepts into your memory and then talk about them. Which brings us to the next point…

Yes, you really do deserve to be up there in front of everyone. 80% of being a performer is having the courage to get up and do your thing in front of people. If it was easy, everybody would be doing it. You’ve worked hard to get to do your show, so enjoy the benefits of that work. They’re not staring at you because you have something stuck in your teeth (well…not just because of that), they are looking at you because they want to hear what you have to say. Remember that audiences don’t owe you anything–they are there because they want to be there. Keep that in mind throughout your performance.

You are a human being connecting with other human beings. Talk TO them, not AT them. Talking is a great chance to connect with your audience on a more equal footing. This lets you reach through the fourth wall and help pull their minds up with you on stage. Entertainment of any type is all about enticing the audience into your world by capturing their imaginations and giving them the experience of being up there with you without the responsibility or fear of actually being up there with you.

Making this kind of connection will get the audience on your side, which will usually cause them to cut your band more slack if/when you make mistakes. If they like you and feel that they are part of the show, they are much less likely to feel embarrassed for you or that you have somehow failed to deliver the product they expected. Any subject that everyone can relate to brings people together, and mistakes are something everybody knows about!

The audience is giving you their most precious commodity: their time. Never waste it, and never ever take it for granted. Respect them and let them know that you appreciate their gift to you. You can do this as much with your manner as you can with your words, so don’t get hung up on thanking them a million times. Just be sure they know you’re glad they’ve come to see you. Smiling helps a lot with this.

In show business, how you say something is more important than what you say. Your presentation will be an extension of the style & personality of your band, so play into it. Have fun! Remember that your band is the leader of the world’s greatest party while you are on stage, and it’s your job to bring the audience with you into the fun & exciting world of whatever type of entertainment you’re presenting.

Never, never, NEVER do the amateur DJ thing of, “…that was song X by Y, now we are going to play song A by B.” If it’s a popular song, people will know that stuff already. If it’s not, they may not care about most of that or they can find out on their own, or they will come up to you after the show and ask.

You don’t have to be an actor or pretend to be something you’re not. In fact, you should avoid this unless you’re really good at it, because otherwise it will come across as fake and hokey and you run the risk of alienating the audience.

This is one of the hardest balancing acts in the world. If you drone on too long, people get bored. If you’re too brief, they feel like you don’t care about them. use all the above points to help guide you through the process of creating your patter.

Try this exercise: Pick a topic and time yourself talking about it for one minute. Don’t bail out early! You have to fill the entire minute. Did you feel like you were struggling to find material? Most people do.

It’s perfectly okay to make a short comment, as long as it fits the situation. For example, at the end of a song you might say, “Thank you! That song featured Joe Bloe on lead guitar,” and then go into the next song. Just be sure that what you say has value and purpose.

Don’t talk while the audience is applauding. They won’t be able to hear what you’re saying, and you certainly don’t want to discourage them from showing their appreciation! Beginning your patter should come near the end of the applause, as it starts to fade out in earnest. Try not to let the applause stop completely, or you’ll end up with a dead spot that can interrupt the flow of the show. Getting this timing right takes a lot of practice, so don’t get discouraged if it isn’t right the first time.

No two shows are ever the same. Adapt what you do to suit the room. If you have a really supportive audience, you may want to tell them a longer story or talk with them a little more. If you have a bunch of zombies in front of you, maybe you just play your tunes and get out of there. If you start talking about something funny and nobody laughs, skip that section and go on to the next one. Audiences are unpredictable, so be ready for anything and don’t hesitate to use an unusual happening to your advantage. For example, if you’re busy talking and a baby makes a loud noise in the middle of your sentence, turn toward the noise and say something witty. BUT, never ever make fun of your audience. If you can’t say something nice, don’t say anything at all.

Was this article helpful? If so, please consider making a donation to support our efforts.